Seventh edition of Big Bash League Start from 19th December 2017 to 4 Febuary 2018. Their are eight teams who participated in this tournament. Adelaide Strikers, Brisbane heat, Hobart Hurricanes, Melbourne Renegades, Melbourne Stars, Perth Scorchers, Sydney Sixers and Sydney Thunder are participating team. 40 matches are played in group stage, two semi-final and final match is played in knock-out stage.The Perth Scorchers are the most successful team in the league’s short history, winning the title three times including consecutively for two years and have reached the final of the tournament in five of the six seasons. The other three teams which have won the title are Sydney Sixers, Brisbane Heat and Sydney Thunder. The current champions are the Perth Scorchers. Match predictions of Sydney thunder vs Sydney sixers Are as following :- 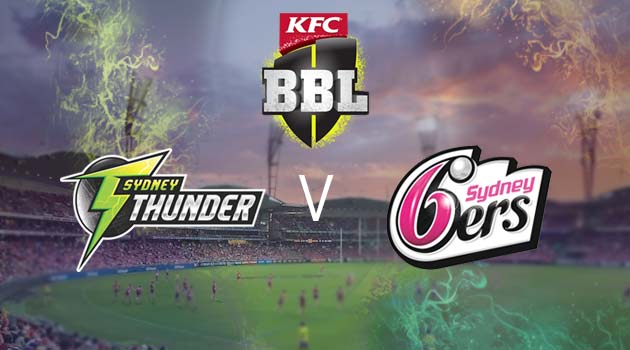 What to expect: An overcast day is expected in Sydney with brief spells of shower as the day progresses. Temperatures will rise up to 32 degrees while it’ll fall to a low of 25.

Those who want Running Updates, Session & Match Winner Can Join our Paid Membership Whatsapp Group. If You Are Interested For Our Paid Membership. Type <Name> <City> <Limit> Send us @ 7065437044