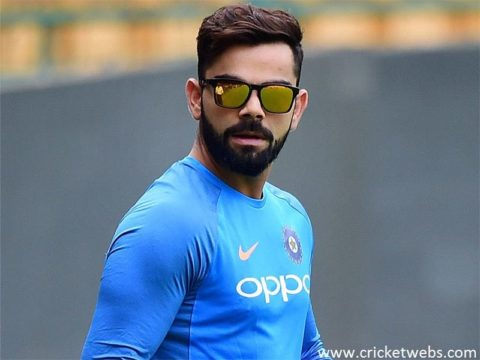 Virat Kohli was roped in as captain of the team after the then captain MS Dhoni suffered an injury during India’s tour of Australia in 2014 at Adelaide. He scored 115 runs in his first innings and scored 141 runs in his second innings. And becomes only second player after Greg chappell to hit twin hundred in his first test as captain. And also at 26 years and 238 days Kohli also became the youngest captain to score two hundreds in a Test. Virat Kohli’s match aggregate of 256 runs is the highest for any player on debut Test as captain. 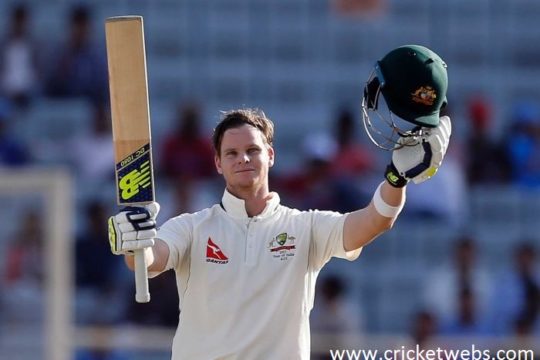 In the same match Steve smith occupied the boot of their regular captain Michael clarke. In his first test as captain he scored 162 runs and ended up as highest innings of Australian captain in his first match. And at 25 years and 200 days he also became the youngest  Australian captain to score a hundred on captaincy debut.

In this match Australia won the toss and chose to bat on a flattest wicket ever at the Adelaide Oval. David Warner made a attacking start. Karn Sharma took his first Test wicket after David Warner (145) holed out. Australia lost late wickets in the last session, losing 4 wickets to end the day at 6/354. Brad Haddin (0) was dismissed on the last ball of the day.

Australia captain Steve smith declared their inning at 517/7 and sent India in to bat at the start of Day 3. Shikhar Dhawan made a brisk start but was bowled by Ryan Harris for 25. Murali Vijay and Cheteshwar Pujara put on an 81-run partnership before Mitchell Johnson dismissed Vijay caught behind (53). India reached lunch at a solid 2/119. Pujara and Kohli continued their partnership after lunch and put on another 81-run stand until Pujara was bowled by Nathan Lyon for 73. Kohli and Ajinkya Rahane saw out a late onslaught from Lyon to be 3/223 at tea. Rahane pushed on after tea, but was caught off his gloves for 62. Rohit Sharma came in and helped push them towards 400 as Kohli brought up his 2nd century at Adelaide Oval. Kohli (115) was eventually dismissed with 4 overs remaining in the day. Australia took the remaining 5 wickets in the first session with Nathan Lyon the pick of the bowlers taking 5/134.India close their inning at 444/10.

The Australian opener david warner got another century in second innings. Australia finished the day at 5/290, after Mitchell Marsh (40) and Steve Smith (52*) scored at a fast rate including a 24-run over from Marsh off Karn Sharma.

Australia again declared at 290/5, leaving them 98 overs to bowl out India. Shikhar Dhawan was first to go (9), but shouldn’t have been, after replays showed the ball came off his arm. Cheteshwar Pujara (21) was next out when he was caught behind off Nathan Lyon. Murali Vijay and stand-in captain Virat Kohli put on a further 45 as India reached a solid 2/105 at lunch. After lunch the pair extended their partnership to 185, as Kohli brought up his second century of the match, before a devastated Vijay was given lbw for 99. Ajinkya Rahane went in the same over for a duck, caught at bat-pad. Rohit Sharma joined Kohli and they put on 35 before Sharma started a collapse when he went for 6. Wriddhiman Saha was bowled for 13 as Lyon took his second 5-wicket haul of the game. Kohli holed out to Mitchell Marsh eventually for 141 and the remaining 3 wickets fell quickly as Nathan Lyon took 7/152, his maiden 10 wicket match haul and was awarded Man of the Match. India lost their last 8 wickets for only 73 runs, at one stage at a commanding 2/243. Virat kohli First test as captain lose the match by 48 runs. Australia took a 1-0 series lead.