In last ODI, both team show how much hunger for win they have in nail-bitting match at Hamilton. New Zealand won by 3 wicket in hand thanks to brilliant knock of Ross Taylor, Tom Latham and little cameo of bowling all-rounder Mitchell Santner.

On the other hand, England shows right intent in last match. First they score very competitive total and in bowling they strikes early wicket of opponent. But a good partnership still the match from their jaws.

Tomorrow two evenly-matched sides ready to compete each other in 2nd ODI game at beautiful Bay Oval stadium,Mount Maunganui. In next match, New Zealand wants equalling their best ever run of tenth straight ODI victory. They may have to do it without their captain and best player Kane Williamson who has a hamstring strain.

Currently England have best batting order in world. They have good opener Jason Roy and Jonny Bairstow, middle order have service of Joe Root and Eoin Morgan as anchor role. In their cascade they have world class hitter Ben Stokes, Chris Woakes and Jos Buttler.

Bay Oval in Mount Maunganui is a picturesque ground in New Zealand. The pitch is expected to offer more bounce than in Hamilton. A few weeks earlier, the home side scored 243 for 5 in a T20I against West Indies there. The forecast for the day-night match is set fair. Cricket Match Prediction not going to easy.

Who will win cricket match prediction of England vs New Zealand 2nd ODI :

Head to Head each other: 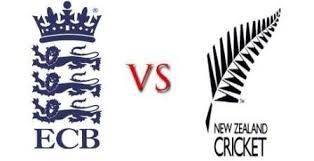