After clinching their second successive series win on tour, first in the tri-series and then in the Tests, Sri Lanka will look to translate the same form into the Twenty20 International series. Bangladesh, on the other hand, will look to salvage some pride after a shattering few weeks at home. Amid raging debates over poor pitches during the Tests, Bangladesh will need to paint a better picture of not just their recent T20 travails but also of the home pitches.

Sri Lanka started off with a stutter against Zimbabwe in the tri-nation series before finding their own to win the final. They seamlessly took that form into the longer format of the game too, winning the two-match series 1-0. However, their recent form in T20Is has been appalling. Sri Lanka have lost eight matches on the trot now, a stretch that includes 3-0 whitewashes at the hands of India and Pakistan. While Mathews continues to be away nursing his hamstring injury, Sri Lanka will also be without Kusal Perera. However, Kusal Mendis’s presence in the outfit will only strengthen them further, following his stupendous form in the Test series that saw him notch up a career-best 196 at Chittagong. 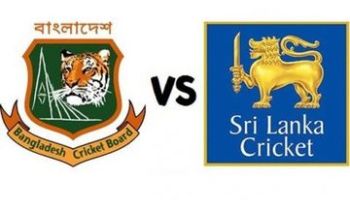